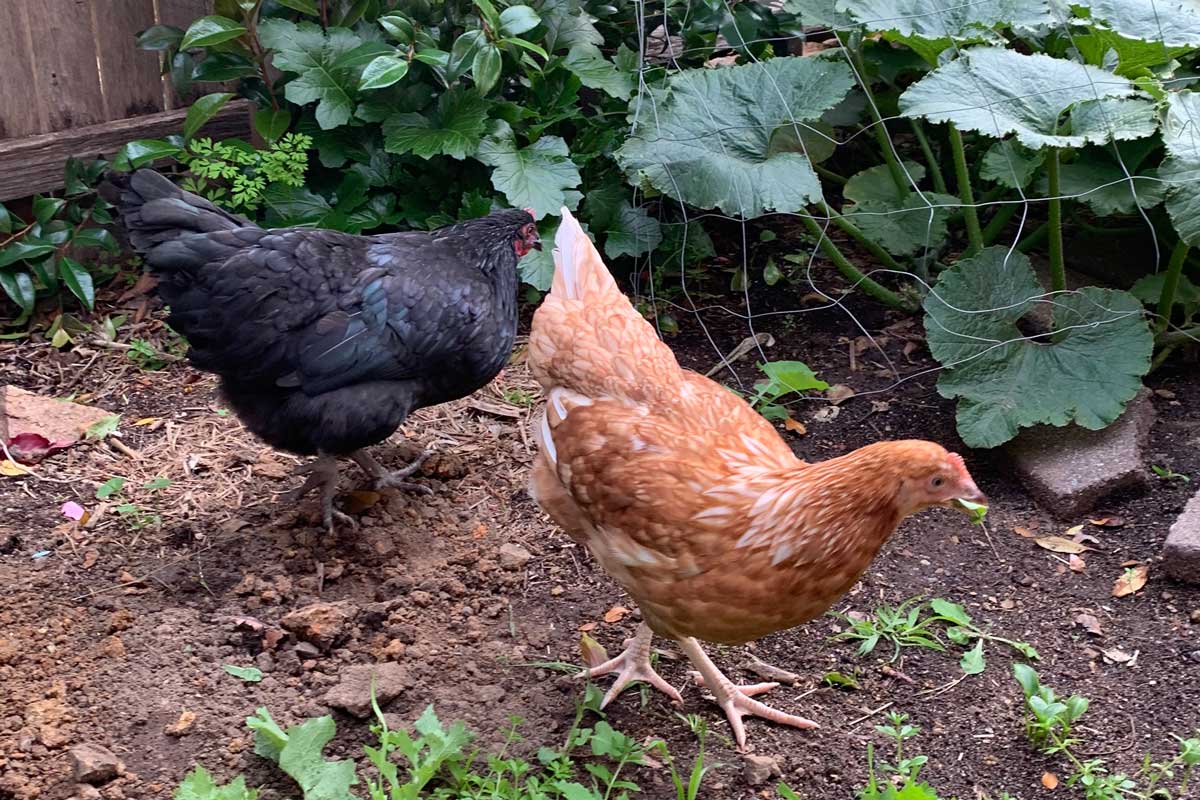 We wanted chickens for a long, long time. We identified a place for their coop and run not long after moving into our current house. However, my husband, bless him, doesn’t do things by halves. It took a long, stopping and starting time to build their new home. Finally, just as COVID-19 hit, he completed their palace. And… we couldn’t get any chickens. It seems that, along with toilet paper and 2-minute noodles, everyone in Australia was panic buying chickens!

We made several enquiries and left our name on a few waiting lists. Finally we got a call to say from one supplier to say he had chickens for us. And so we headed off to pick them up from a carpark behind our local swimming pool. It was quite surreal. The breeder comes in from out of town so meets people at his van in a parking lot. It was after dark and there was a line of socially distancing people each holding a big box (one was holding a Deliveroo food crate!) under the street lights. We had a good laugh about the apparent shadiness of it all.

But our girls are gorgeous and have settled in beautifully. Their names are Goldie (Jeff Goldblum – don’t ask!), Marge (Marjorie – that may or may not be a Game of Thrones reference), Ravi (Ravioli – again, don’t ask) and Tina (Quarantina – yep, really!).

They were about 16 weeks of age when we got them so a few weeks off laying. Now, however, we believe at least three of the four of them are laying now so we have at least one fresh egg a day. We are thrilled. It is also delightful to have them run up to me when we open the gate. And they peck at my boots when I’m standing at my potting table. Adorable! I have to admit, I’m a bit besotted.

Anyway, I just wanted to write a quick post to introduce our new family members. It is good, despite all that is going on, to tick off another thing on our list for 2020.