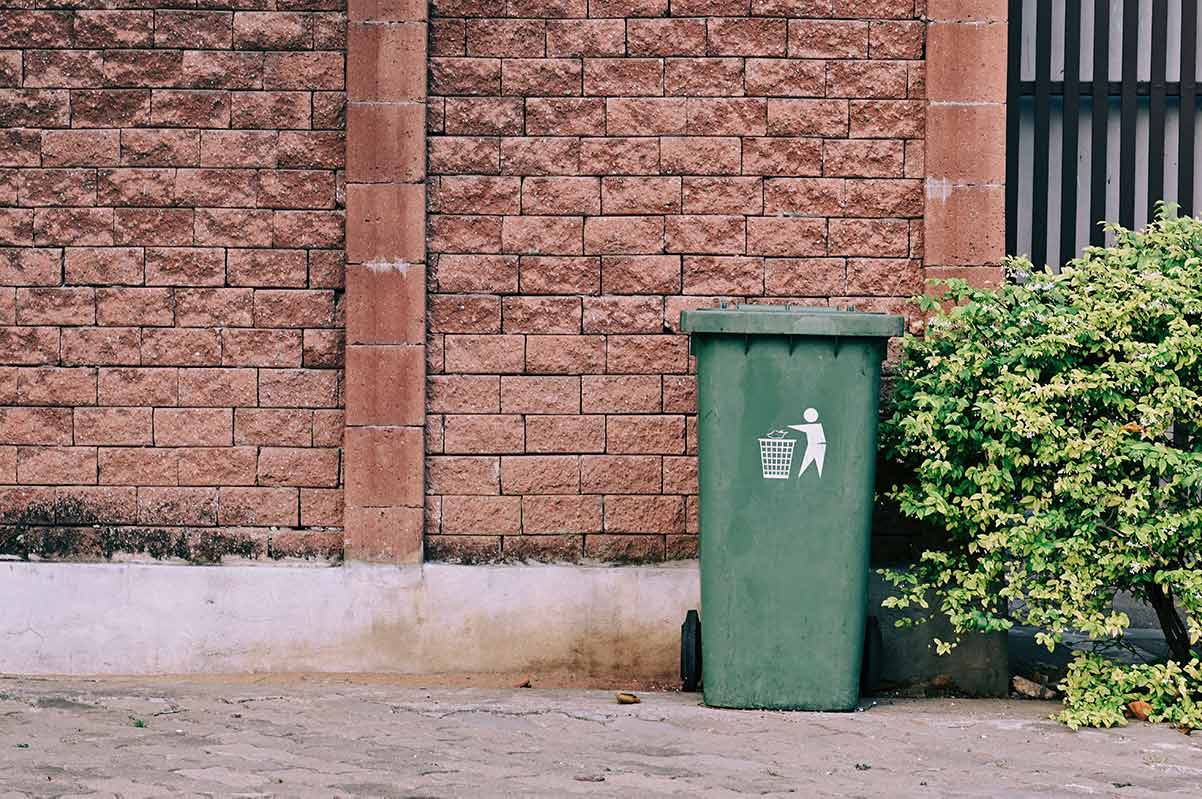 Why is landfill a bad thing?

I was asked the other day, “Why is landfill a bad thing?” At first I thought this was some kind of rhetorical or ‘devil’s advocate’ question. I’m pretty sure now that it was asked in all seriousness. So, I thought, if one person had that question, many others must too. I thought I would give my answer here.

Landfill is a bad thing

Let me set out my position right from the start. I believe landfill is a bad thing. Minimising our waste to landfill was my first goal for our family footprint project. It seemed obvious to me that landfill was something to avoid. We have had great success with reducing our waste and eliminating organic waste to landfill just about completely. I have never actually spelt out, until now, the reasons for making this a priority.

This is my answer to the question, “Why is landfill a bad thing?”

At the topmost level, any waste to landfill is resources lost. Resources that have been extracted from the limited supplies within the Earth are once again buried and likely will never be recovered.

By way of example, according to the National Waste Report 2020 by the Australian Department of Agriculture, Water and the Environment, 15.4% (by weight) of estimated waste sent to landfill in 2018-19 was metals, glass, paper and cardboard. All materials that recycle well. A further 30.9% were organics that could be diverted to composting systems and return nutrients to the soil.

When we also factor in the energy and other inputs used to mine, manufacture, transport and package those resources, plus those used in the management of the waste itself, that’s a staggering amount of expended resources – all in landfill.

The next impact of landfill to address is land use. Land is a finite thing. When we think of Australia, we think of lots of wide open space but even that space is finite. New land is created slowly, much slower in comparison to the speed with which we are losing land as the result of sea level rise. It might seem like we have an endless supply of space (in this country at least) for landfill. That is short term thinking though. It is another problem we are leaving for future generations to solve.

Turning over more land to landfill sites also means losing that land for productive purposes such as food production and the reforestation we need to combat rising levels of CO2 in the atmosphere.

I’ve written before on the blog about anaerobic decomposition in landfill. Without access to oxygen, organics in landfill breakdown in a process that produces methane gas, a potent greenhouse gas more dangerous than carbon dioxide. It is also flammable. This flammability has been used to an advantage in that some methane is captured and burned to generate power. The US EPA estimates that between 60-90% of methane is captured in such projects. That sounds good on the surface (and of course it is better than releasing 100% of the methane to the atmosphere). However, what of the 10-40% not captured? And then there is the fact that burning methane produces carbon dioxide. CO2 accumulation in our atmosphere we now know is the major driver of rising temperatures and climate change.

All that putrefying material in landfill, the breakdown of material into chemical constituents, and dumped hazardous waste (20.7% of all Australian waste in 2018-19), with the addition of rain, produces a toxic liquid referred to as leachate. Leachate entering groundwater or nearby waterways has always been an issue with landfill sites. Although new landfill sites are required, here in Australia at least, to have leachate barriers in place, there is still the problem of what to do with it. It cannot be pumped out of landfill sites directly into waterways. It either requires storage itself or treatment which may have waste and pollution effects of its own.

Out of sight, out of mind

My final argument in answer to “Why is landfill a bad thing?” is not about the environmental effects of the landfills themselves. It is about human behaviour. As discussed in a recent blog post, waste services such as curb-side collections for landfill take the responsibility for our waste away from us. They make it easy for us to toss and forget. We can buy more than we need and dispose of the excess easily. I’m not suggesting for a minute that we stop municipal waste services. It is just that I believe we all need to take more responsibility for the waste we produce and use our landfills sparingly, like the finite resource they are.

I wonder if these arguments would have swayed my questioner the other day. There wasn’t time to spell out my thoughts in full. I was also a bit unprepared for the question because of my assumption that everyone thought like me. Next time, I will be prepared! I hope I have helped you be too.